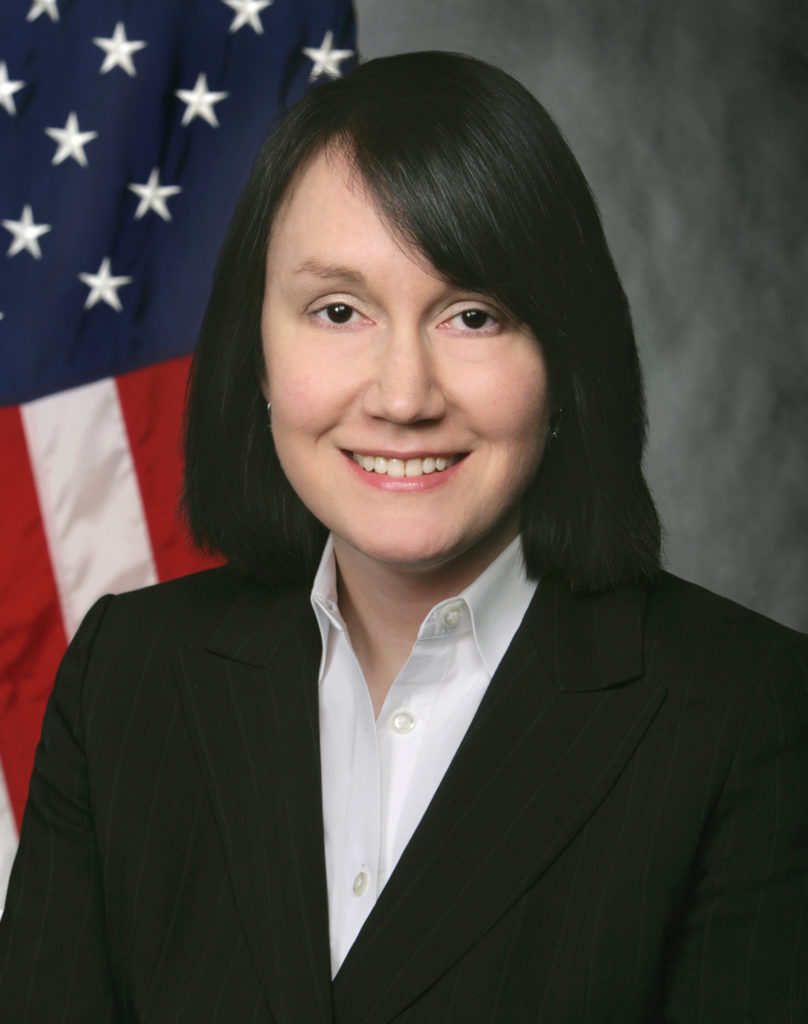 Kristine Svinicki, alumna of the U-M Department of Nuclear Engineering and Radiological Sciences (NERS), is stepping down as Chairman of the U.S. Nuclear Regulatory Commission (NRC) after a 13-year tenure. She has led a distinguished career as a nuclear engineer and policy advisor.

“I have greatly cherished the opportunity to serve the nation over the course of my long federal career, including the honor of having been nominated to serve as a Commissioner of the U.S. Nuclear Regulatory Commission by three successive Presidents of the United States,” she said in a statement. “It is a rare thing in Washington to have continued so long in a political appointment, and they tell me I am the longest-serving member of our Commission in the agency’s history.”

Svinicki was first appointed to the Commission by President George W. Bush and assumed office on March 28, 2008. She was reappointed by President Barack Obama in 2021 and again by President Donald Trump in 2017 for her current term as member and Chairman. Her tenure will end on January 20, 2021.

Born and raised in Jackson, Michigan, Svinicki earned a bachelor’s degree from NERS in 1988. NERS honored her with our department’s Merit Award in 2009, and the College of Engineering honored her with the Alumni Medal in 2017. In her remarks made while receiving that recognition, Svinicki described her grandfather’s journey from what is now Slovakia to America to work in the iron mines of Michigan’s Upper Peninsula in the early 1900s and her father’s service in combat in World War II, which allowed him to study architecture under the financial support of the G.I. Bill. He became the first in his family to earn a college degree. Describing herself as “a true native daughter of Michigan,” she credited her father’s singular focus on education and his intention that each of his daughters attain the self-sufficiency that only an education can provide. His intention became the key motivation for her study of engineering at U-M and the foundation for her career successes that followed. 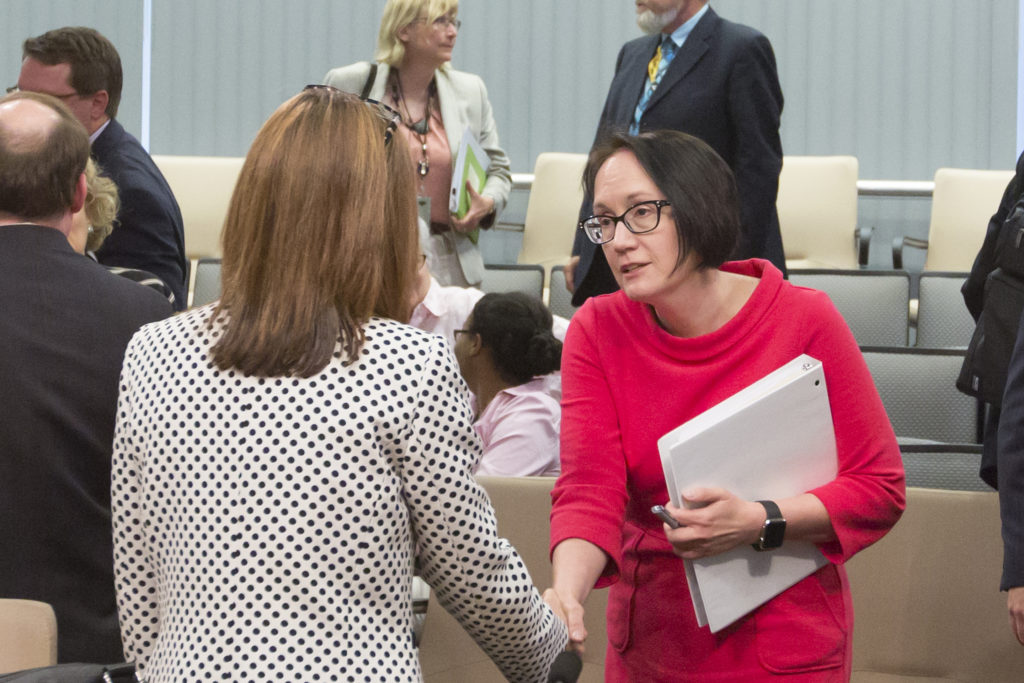 Before joining the NRC, Svinicki spent over a decade as a staff member in the United States Senate advancing a wide range of policies and initiatives related to national security, science and technology, and energy and the environment. She also served as a professional staff member on the Senate Armed Services Committee for the Committee’s former Chairman, Sen. John Warner, R-Va., and, subsequently, for the Committee’s ranking Republican member, Sen. John McCain, R-Ariz. There, Svinicki was responsible for the Committee’s portfolio of defense science and technology programs and policies, and for the atomic energy defense activities of the U.S. Department of Energy, including nuclear weapons, nuclear security, and environmental programs.

Previously, Svinicki worked as a nuclear engineer in the U.S. Department of Energy’s Washington, D.C. Offices of Nuclear Energy, Science and Technology, and of Civilian Radioactive Waste Management, as well as its Idaho Operations Office, in Idaho Falls, Idaho. Before that, she was an energy engineer with the State of Wisconsin at the Wisconsin Public Service Commission in Madison, Wisconsin.

Svinicki has served as a member of the Center for Strategic and International Studies’ Task Force on Global Nuclear Materials Management and as an Expert Advisory Panel Member to the NRC on assessing the future of regulatory research needs. She was selected as a Stennis Congressional Fellow of the 108th Congress, as a Brookings Institution Legis Congressional Fellow in 1997. 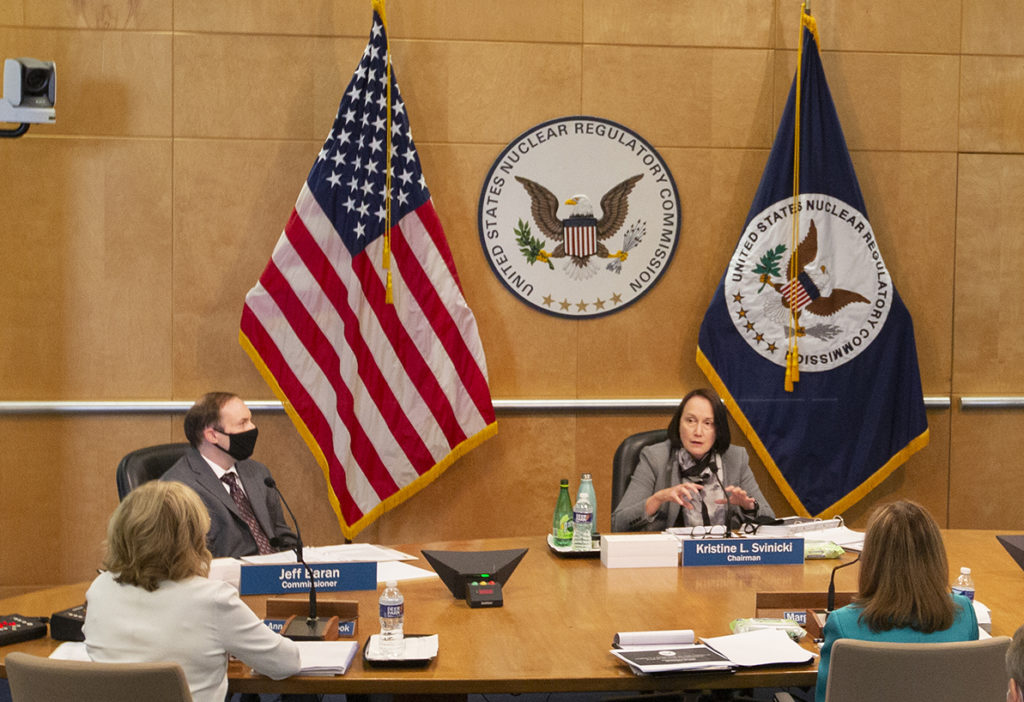 IMAGE:  Svinicki gives remarks before a briefing by staff regarding the NRC's COVID-19 activities.

Svinicki is a longstanding member of the American Nuclear Society, where she served two terms on the ANS Special Committee on Nuclear non‒Proliferation. In 2006, 2012, and 2020, the Society honored her with its Presidential Citation in recognition of her continuing contributions to the nuclear energy policies of the United States and the regulatory framework guiding its development and use.  She also was recognized by her peers as the Women’s Council on Energy and Environment Woman of the Year in 2013.

After over three decades of continuous Federal government service, Svinicki’s immediate plans include taking time to recharge and reconnect with extended family, including some winter camping along the shores of Lake Superior, prior to blackfly season. Beyond that, she hopes to pursue opportunities to contribute to advancing the diversification of those entering the STEM fields and to promote educational opportunities for women and girls in countries with developing economies.